Brand new MacBook Air on M2: on sale from July 22

This update has been awaited by many. Apple has improved its “airy” MacBook Air in many ways. “Hardware”, appearance, camera and sound – almost everything has improved. And from July 22 the novelty can be bought in Armenia.

We’ve made an overview of the most significant innovations.

Completely new design – for the first time since 2008 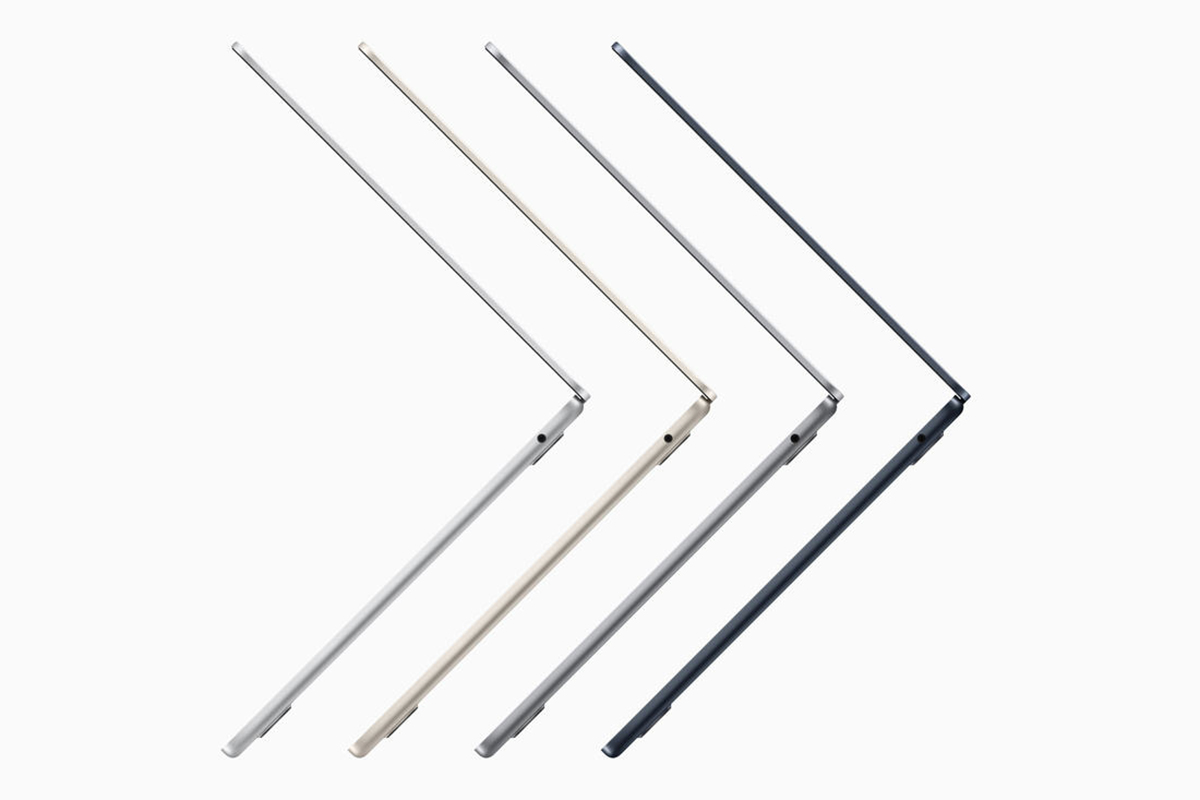 The design of the “airy” ultrabook from Apple has not changed much since 2008. Then at the presentation Steve Jobs made a splash, taking the first MacBook Air out of a paper envelope. The people’s delight could be understood: at the time laptops looked like big and heavy plastic monsters. Against this backdrop, the MacBook Air, which was less than two inches thick and had tapered edges, looked futuristic.

And now, 14 years later, Apple has redesigned the iconic design. But it’s still light and airy. And the new MacBook Air on the M2 chip weighs just 1.24 pounds. And it’s 1.13 cm thick. The entire enclosure is now the same thickness, with no wedge shape. And the feet on the bottom panel are taller now, elevating the Mac more than it used to. 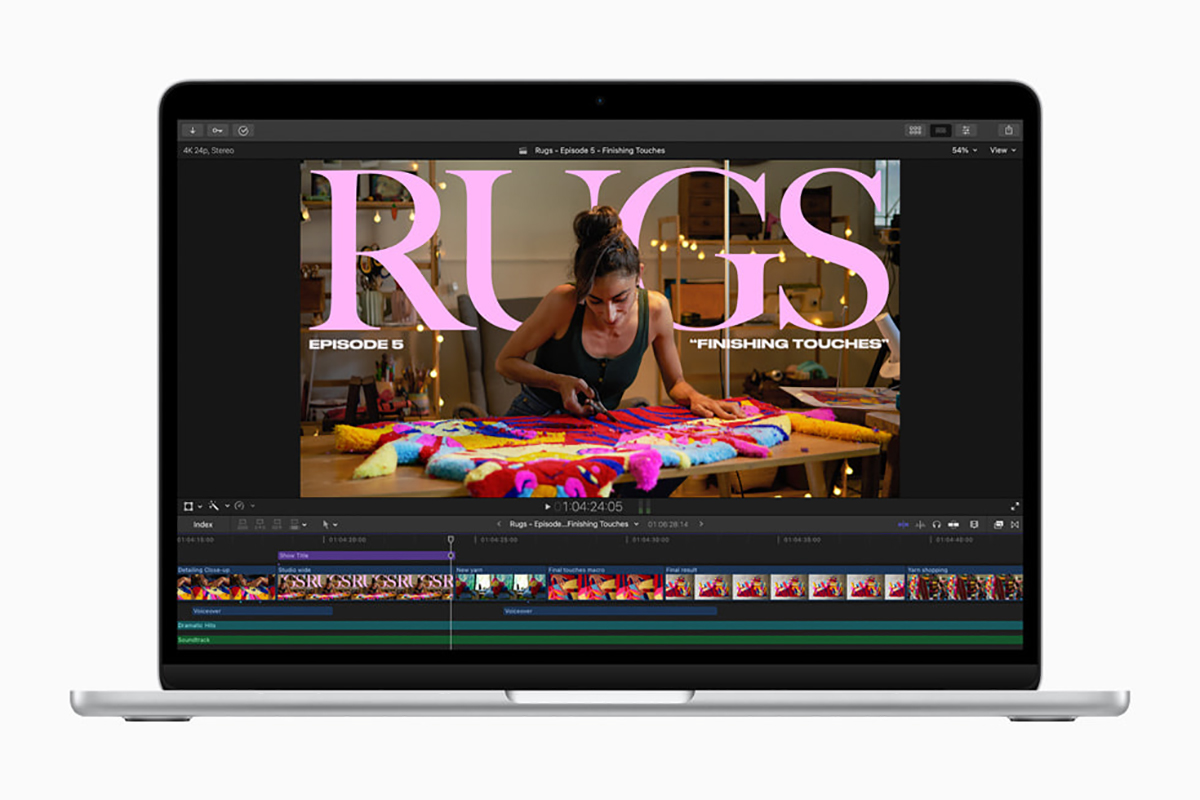 New colors have also been added. Now in the palette: 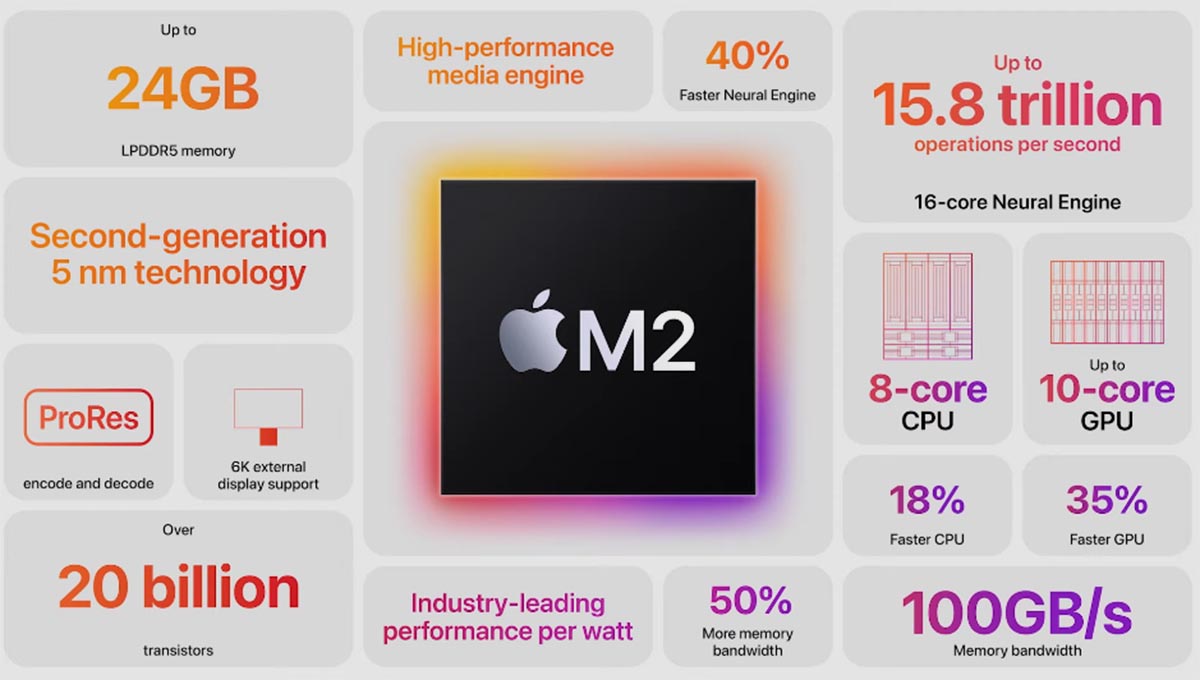 The M2 is the second generation of Apple Silicon. The chip is manufactured using an updated 5 nanometer process technology and contains about 20 billion transistors, 25% more than the M1.

The M2 also got a powerful ProRes video engine for hardware-accelerated encoding and decoding. This means the MacBook Air will be able to play more 4K and 8K video streams than before. Final Cut Pro, for example, will run nearly 40 percent faster than the M1-based MacBook Air. 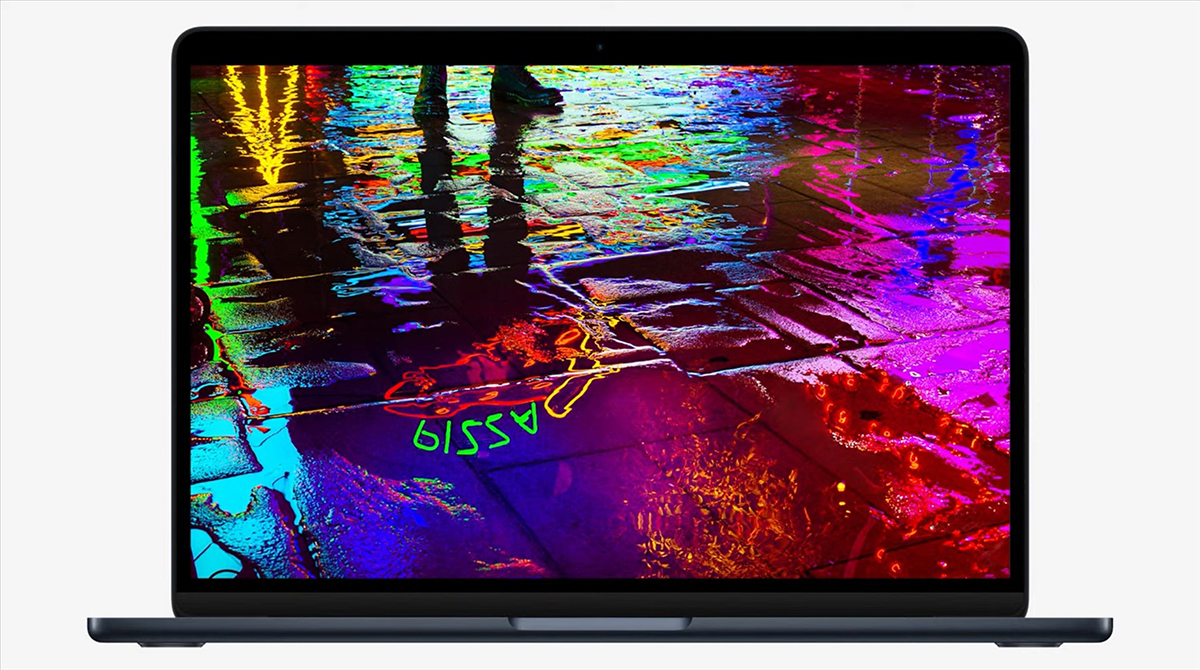 Another important difference of the new product is an enlarged display. The screen of the new MacBook Air is 13.6 inches instead of the usual 13.3. And this is with the same dimensions of the notebook itself! To achieve this, Apple reduced the frame around the screen and hid the camera in “bangs”, like in the current iPhone or 14-and 16-inch MacBook Pro.

The novelty is equipped with an improved Liquid Retina display with a resolution of 2560×1664 pixels. The maximum brightness is now 500 nit instead of 400. This is 25% brighter than the previous model. The new screen supports 1 billion colors and True Tone.

Your text is ultra-sharp and your photos and videos are brighter, with the right contrast and incredible detail.

All for telecommuting: Camera, microphones, and speakers 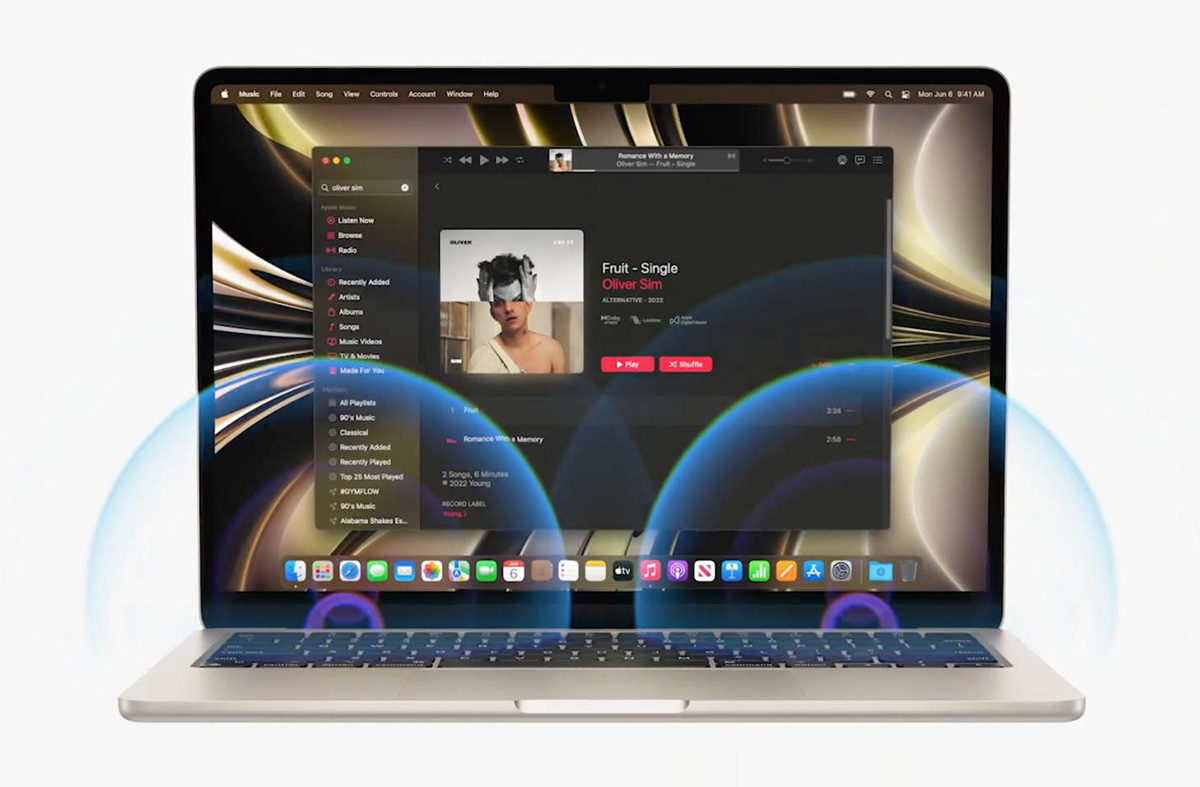 The MacBook Air M2 features a FaceTime HD 1080 p camera. It’s the same as the new 14-inch MacBook Pro. It captures twice as much light as the camera on the MacBook Air M1. Additionally, the picture is processed by the system. It’s perfect if you work remotely and video call your colleagues a lot, because you will always look great.

Inside the novelty is an array of 3 microphones with advanced beamforming algorithms. Your interlocutors will hear you loud and clear.

The sound system consists of 4 speakers. It supports Spatial Audio and, accordingly, Dolby Atmos. For comparison, the previous version had two speakers.

All day without charging 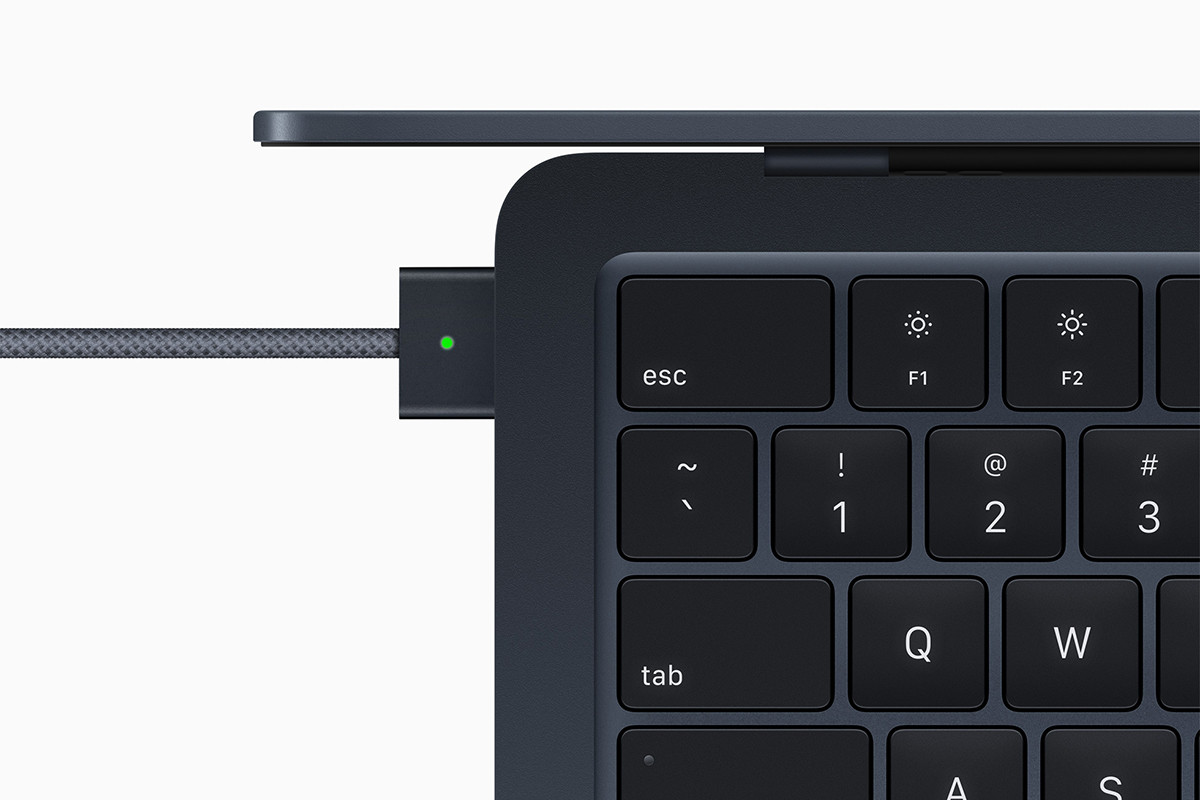 The battery in the Apple MacBook Air M2 is more powerful: 52.6 W∙h. Its predecessor on the M1 had a 49.9 watt-hour battery. Now the notebook can last up to 18 hours of continuous video playback. This is enough to work all day at the lake and not even think about the outlet.

And charging is fast, too: 50% of the battery capacity is replenished in 30 minutes. But that’s assuming you use a higher-powered 35W or 67W power adapter. The base MacBook Air M2 comes with a 30W adapter that has two Type-C ports.

By the way, the notebook has a place for a magnetic MagSafe 3 connector. You can charge the device from it, as well as from the USB-C ports. 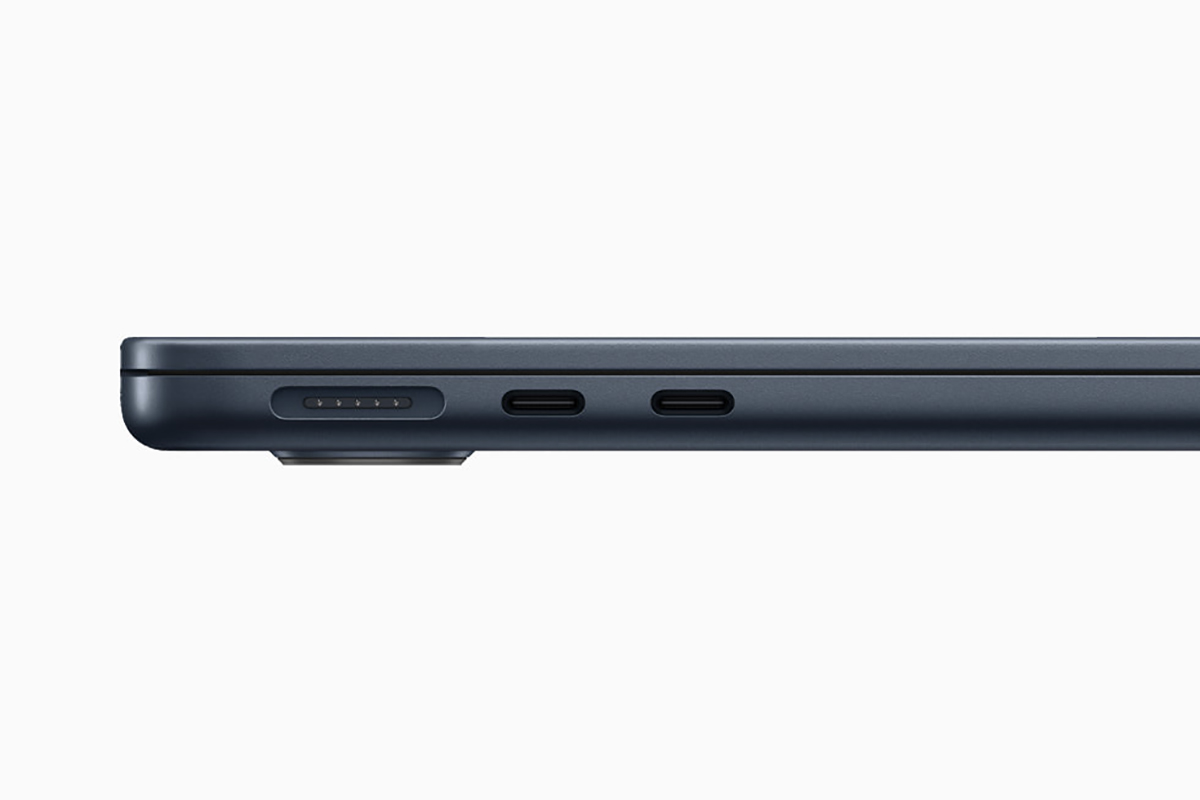 The new MacBook Air M2 2022 gets the same set of ports as its predecessor: two Thunderbolt 4 ports for connecting various accessories and a 3.5mm audio jack with support for high-impedance headphones.

The Magic Keyboard has a full-height function row with Touch ID sensor, as well as a spacious Force Touch trackpad. 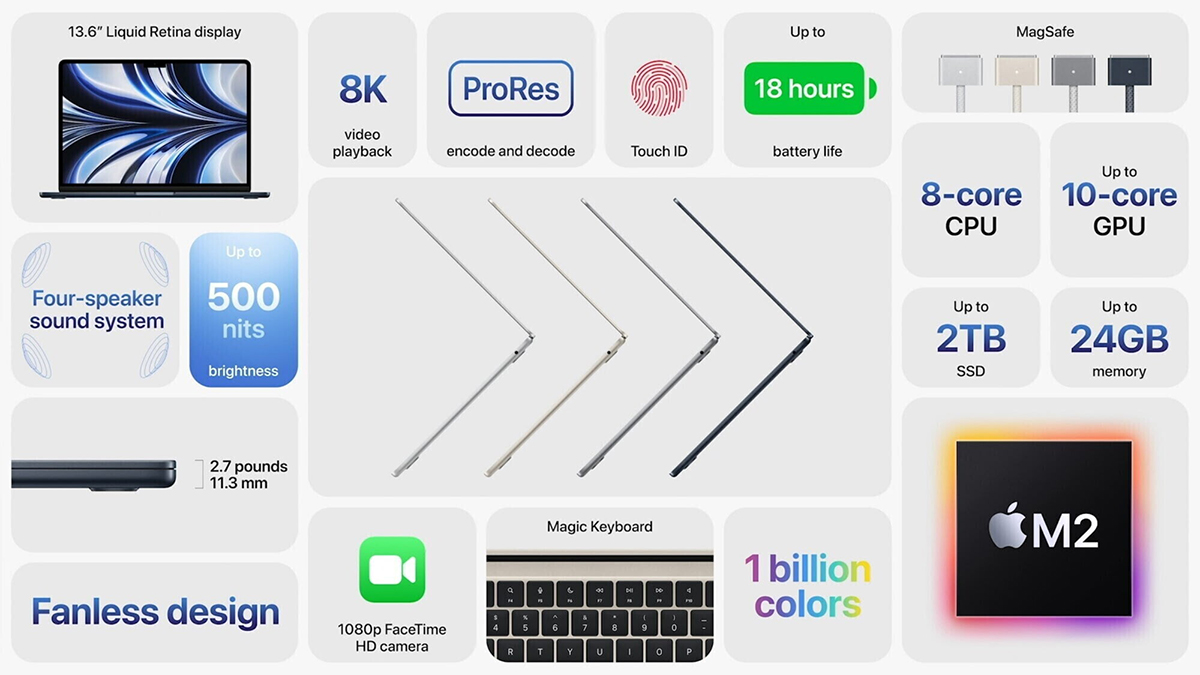 Apple has made sure that the desire to buy a MacBook Air M2 is well founded. The brand’s most popular laptop just got even better. It’s not just an update, but a complete redesign that takes advantage of the M2 chip’s capabilities. 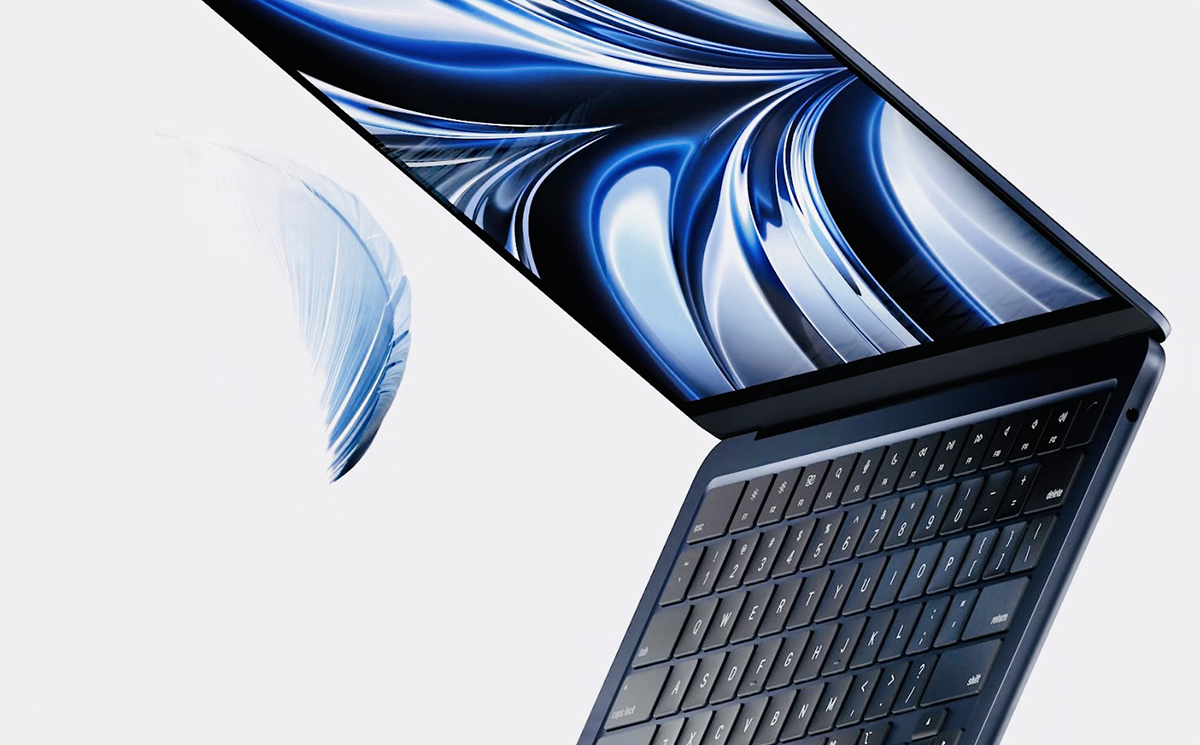 Apple has found the perfect balance between performance, compactness, and longevity. That’s why MacBook Air on the M2 chip is perfect for people who study or work professionally with graphics, video, and sound. Not to mention office workloads like word processing, paperwork, and email.

And while it packs plenty of power, the new Mac remains lightweight and portable – perfect for people who work remotely or take their computer with them – to the office, on holiday, or just to the cottage.

How much is the MacBook Air M2? 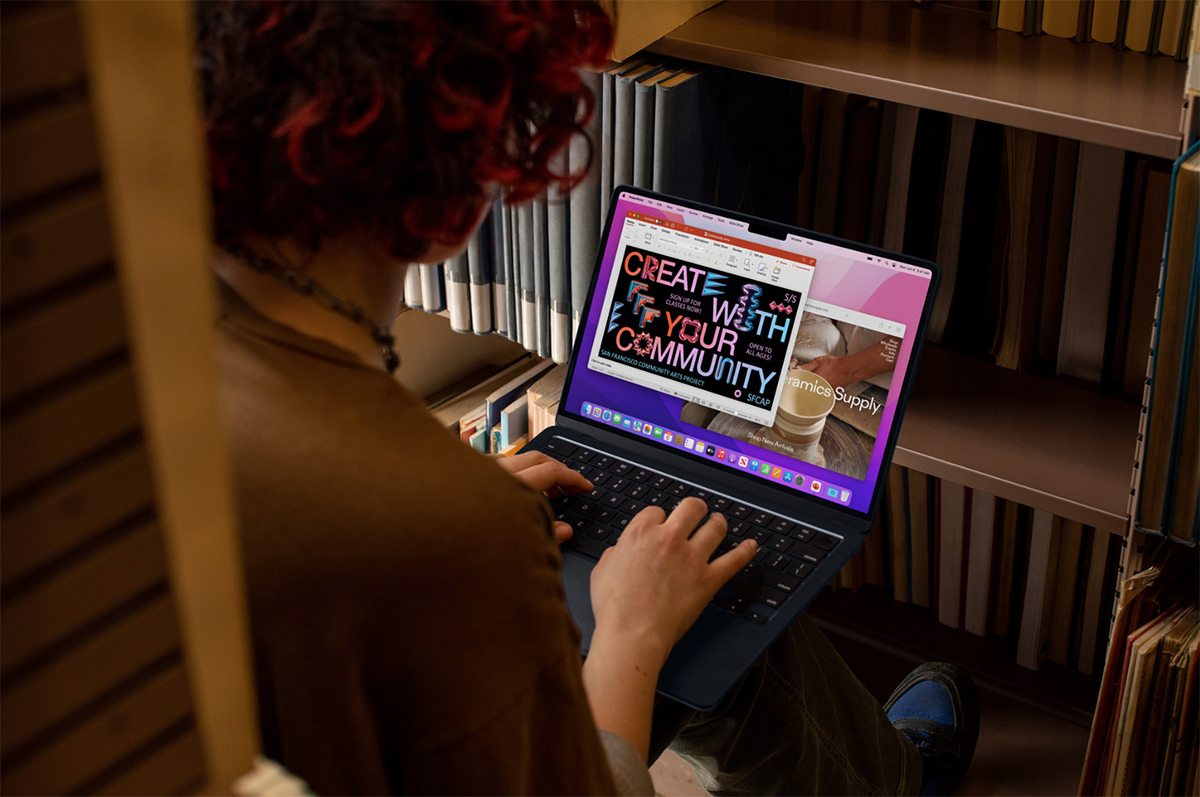 The Apple MacBook Air M2 is available from iOn shops. Already with a locally engraved keyboard and with an official manufacturer’s warranty. The device will be on sale from 22nd of July. Prices for Apple MacBook Air M2 start from 659 900 AMD for the basic version. You can also buy the novelty for credit, from 17 660 AMD for a month.

The MacBook Air M2 has every chance of being a bestseller. So if you want it, we recommend ordering now. By placing the online pre-order you will reserve the laptop for yourself and become one of the first owners of the novelty in Armenia.

Choosing a computer for work? Топ-5 benefits of the iMac on the M1 chip